Whilst Terence Donovan was not a reportage photographer (though he did employ many of its tropes in his early fashion images), he was adept at capturing quiet moments in 'real' life (as opposed to in his studio or on location). Donovan sometimes engaged directly with his subject, photographing informal portraits. At other times he was unobserved (no small feat for a man of his stature). Rather than calling this work documentary or photojournalistic in its sensibility, and although a small number of photo-essays are included in this selection, these photographs are probably more accurately described as observations. A small number from the archive are featured below. 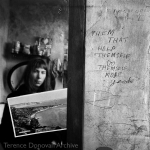 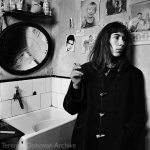 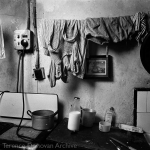