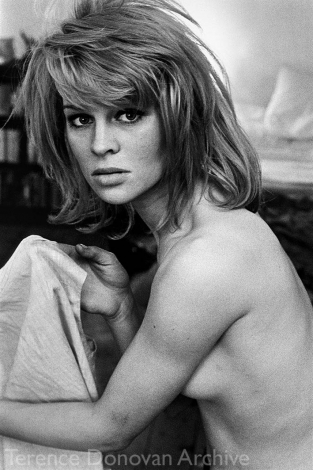 Prior to her becoming a Hollywood star Terence Donovan took a series of portraits of Julie Christie in 1962 for ‘Town’ magazine. Christie credited this shoot with bringing her to the attention of John Schlesinger, director of ‘Billy Liar’, ‘Darling’ and ‘Far From The Madding Crowd’. As Christie recalled it, ‘I’d done a screen test and hadn’t got the part. Then the director saw a magazine cover that Terence had taken of me and I landed my first film role [Billy Liar]. Who knows if I would ever have got into films if it hadn’t been for him.’