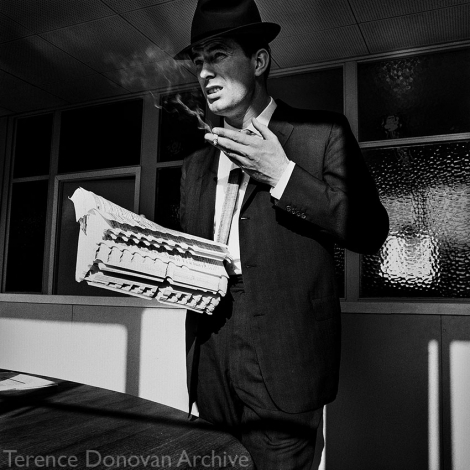 ‘GOLDENLOIN: The Secrets of an Agent. Or how to cover a lean, brown frame’

This men’s fashion feature for About Town magazine was published in May 1961 predating Sean Connery in Dr No - the first time he took on the role of James Bond - by a year and a half.

The clothing credits are worked into a narrative that follows the photographic story…”003 stood lean and easy, his grey wisp hat shading the hard, ruthless eyes from the hot French sun…as his eyes slid down the long list of suspects, his muscles bunched powerfully inside the twenty six guinea, fine check, centre vent, five and a half ounce Dacron and Rayon lightweight suit from Aquascutum. He had chosen olive and black…”