Photographers and their favourite models, 1964 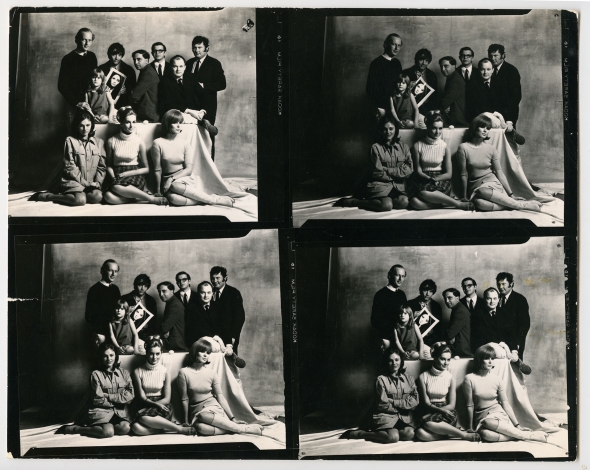 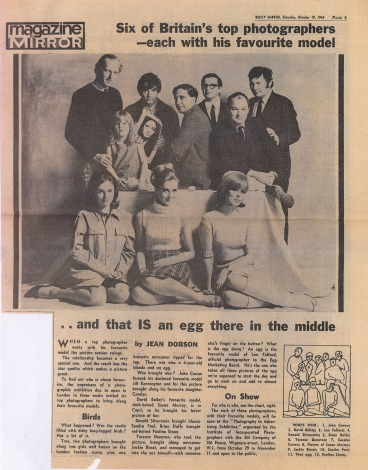 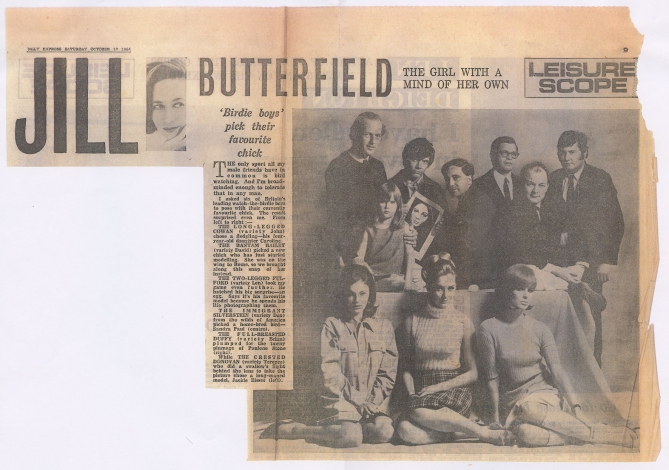 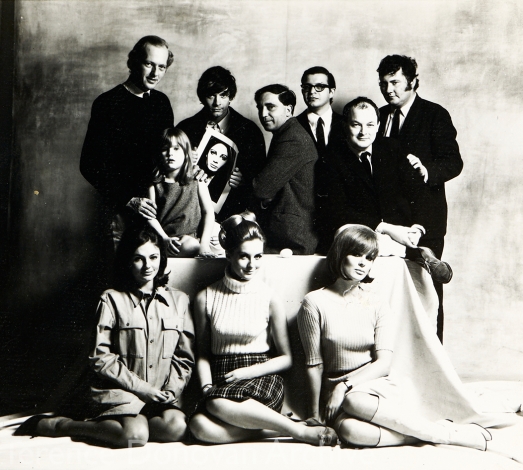 In October 1964 the ‘Institute of Incorporated Photographers’ staged an exhibition entitled ‘Photography in Advertising’ at 3M House on Wigmore Street, London. As publicity for the show, six of the contributors posed for a press shot; top photographers with their favourite models. Or, as it’s put by Jill Butterworth (‘the girl with a mind of her own’) in her Daily Express article, ‘Birdie boys pick their favourite chick’.

According to the Daily Mirror article John Cowan apparently favoured Jill Kennington, a top model of the time who appeared in Antonioni’s film ‘Blow Up’, and was frequently photographed by numerous leading photographers of the day including Donovan, Bailey, Duffy and Norman Parkinson. However, for this shot he eschewed the glamour of his day job and chose to bring his four year old daughter, Carolyn Cowan, instead.

David Bailey selected Susan Murray (‘on the wing to Rome’) as his favourite model and in her absence brought a print of one of his shots of her. It is often suggested that Jean Shrimpton was Bailey’s greatest photographic muse, however, the couple’s relationship had ended earlier in the year, which accounts for why she is not pictured here. Murray and Bailey also became a couple, with Bailey later leaving her for Catherine Deneuve. Shrimpton, Murray and Donovan all featured in his 1965 portfolio ‘David Bailey’s Box of Pin-Ups’.

Len Fulford, pictured centre, was a hugely successful advertising photographer and director. A consummate ad-man with an eye for a memorable gimmick, he subverted the brief by bringing an egg to the shoot. Fulford was responsible for the ‘Go to work on an egg’ campaign commissioned by the British Egg Marketing Board to boost consumption in the 1960s. According to the Express story, Fulford, nicknamed ‘The Eggman’, brought along an egg because he ‘spends his life photographing them’.

Don Silverstein was an American photographer who relocated to London after the esteemed Condé Nast art director Alexander Liberman sent him to work for British Vogue for a year. He chose Sandra Paul (pictured bottom row, centre), another popular 60s model who later married Michael Howard, former leader of the conservative party.

Brian Duffy, along with Bailey and Donovan, belonged to what Cecil Beaton declared the ‘Terrible Three’; a triumvirate of photographers who rose to prominence in the early 60s. In addition to his fashion and portraiture photography (notable examples of which are his work for French Elle, and the Aladdin Sane shoot with David Bowie) Duffy was highly sought after for his advertising imagery. He chose Paulene Stone (pictured bottom row, right), as his favoured model of the day. In 2005 ‘Domino’, a film about Stone’s daughter, was made starring Keira Knightley. Stone’s fictionalised character in the film was played by Jacqueline Bisset, pictured here on bottom row, left.

Finally, Terence Donovan, who took the picture as well as featuring in it. He selected ‘brunette newcomer’ Jackie Bisset (bottom row, left).

The exhibition ran from the 29th October to 11th November 1964. Photographs of the articles in the Daily Express and Daily Mirror (both 10 October 1964), a contact sheet with various frames from the shoot and the final image can be viewed above.

With thanks to Philippe Garner for research material.