Jimi Hendrix and the summer of love 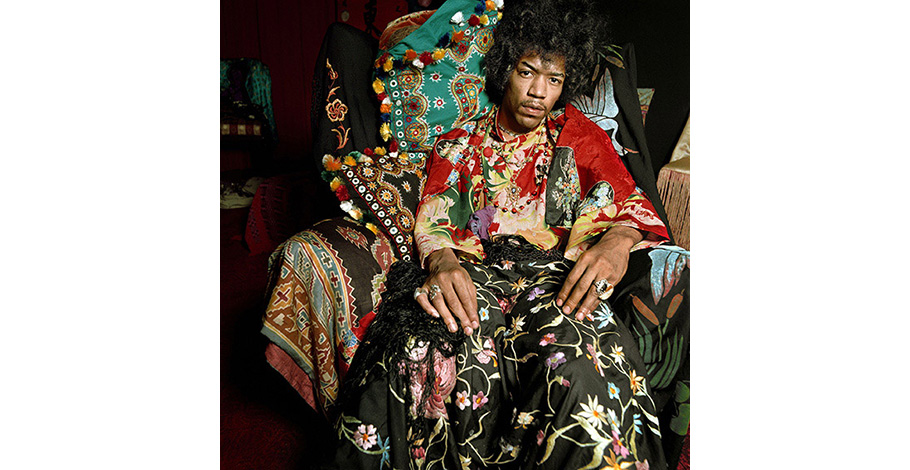 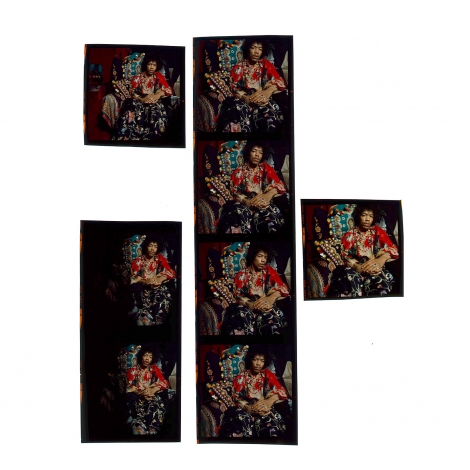 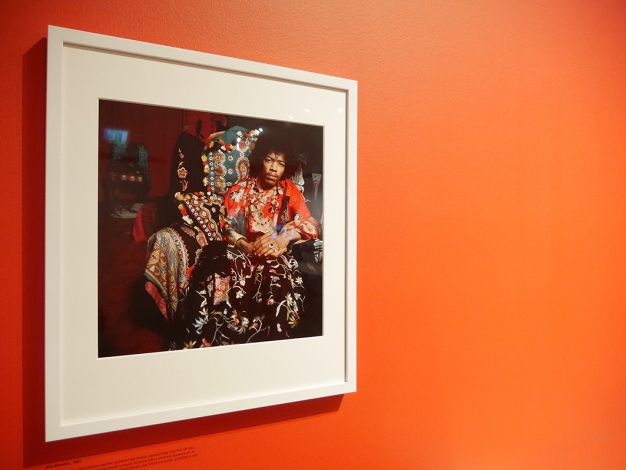 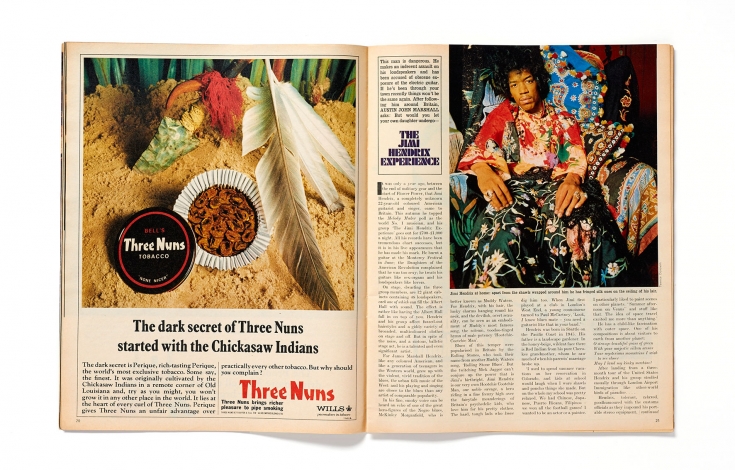 On the 25th August 1967 Terence Donovan visited Jimi Hendrix in his temporary home at Number 9, 43 Upper Berkeley Street, W1. Donovan was by now firmly established as one of swinging London’s leading young photographers, part of the triumvirate (along with his friends David Bailey and Brian Duffy) christened the ‘Black Trinity’ by their elder peer Norman Parkinson. Hendrix had moved to London the year before, a then relatively unknown 23-year-old in an unfamiliar city. Much had changed for him in a few short months.

By the August of 1967, the ‘Summer of Love’ was reaching its zenith and Jimi Hendrix, its psychedelic figurehead, had already achieved mythological status. A few weeks earlier, in June, the Jimi Hendrix Experience had performed a now legendary and literally explosive set at the Monterey festival in California. Rock history was transformed forever when a gyrating Hendrix set his guitar alight, brandishing it above his head and smashing it to pieces in front of an astounded crowd.

On the date in late August when the sitting with Donovan took place, Hendrix had been scheduled to still be on tour in America supporting the Monkees. Apocryphal rumours abounded that Hendrix had been asked to leave after the Daughters of the American Revolution had complained his performances were just too erotic and were ‘corrupting the morals of America’s youth’. The truth behind his early return to London was perhaps a little more prosaic – the Monkees’ pre-pubescent fans were mystified and their parents bemused by Hendrix’s lack of pop harmonies. Notwithstanding this minor fiasco, in the Autumn of 1967, shortly after this sitting, Hendrix would be named the World’s Number 1 musician by Melody Maker.

In contrast to the furore that surrounded his stage persona, Donovan’s iconic portrait captures a quiet Hendrix at ease and at home, swathed in and surrounded by the treasured colourful textiles he transported from flat to flat. For a person who took such care with soft furnishings, the accompanying caption somewhat incongruously read ‘this man is dangerous’. This image, taken at a historic point in both Hendrix and Donovan’s careers, captures them at the very height of their respective powers. They were two iconoclasts, operating at the very centre of the swirling and overlapping social and creative scenes of 60s London.

This picture, printed to the highest museum-quality standards, has been released as a posthumous limited edition for the first time this year. It is available in three sizes; each photograph is numbered, signed by the photographer’s wife and is accompanied by a certificate of authentication.