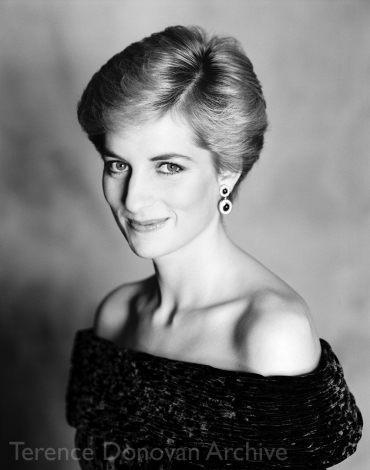 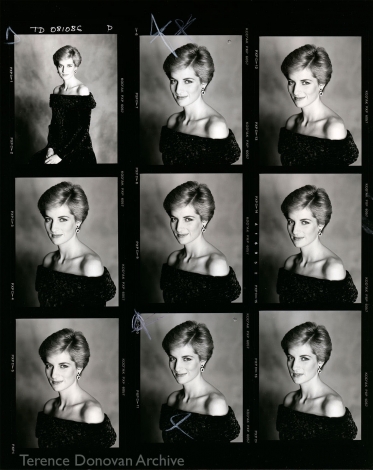 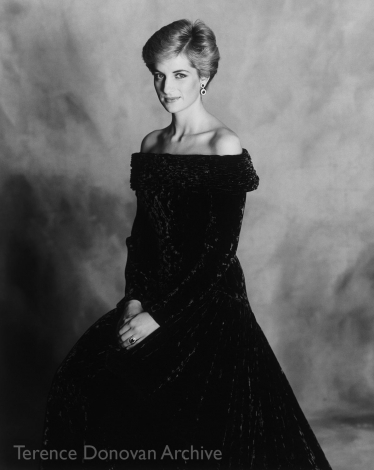 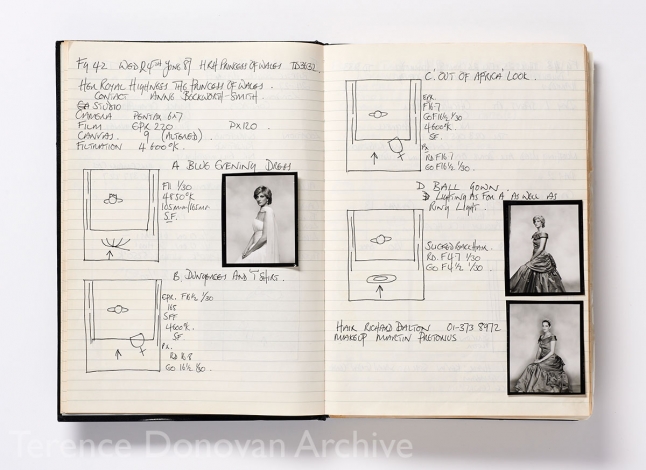 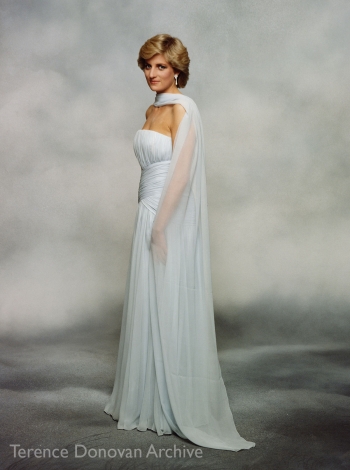 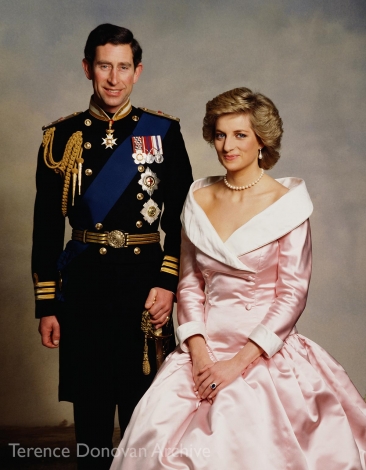 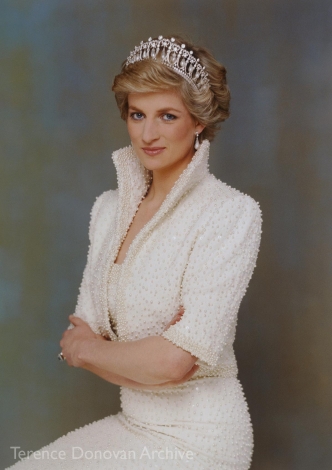 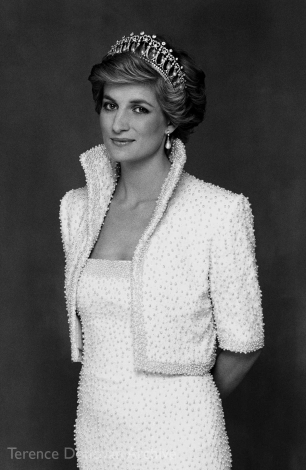 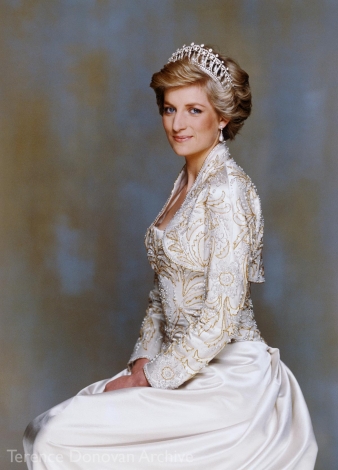 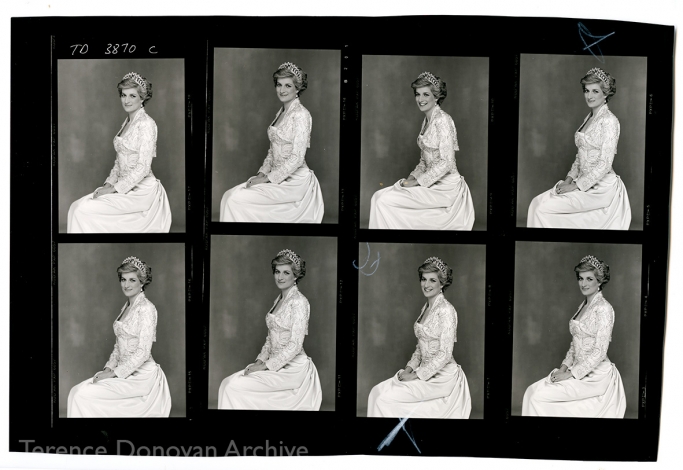 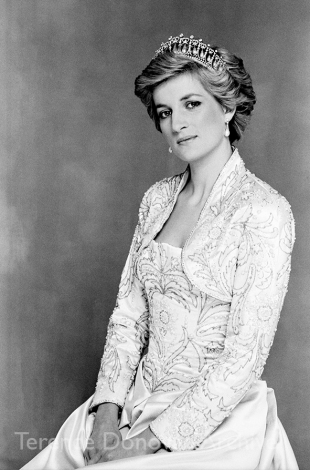 Terence Donovan photographed Diana, Princess of Wales on a number of occasions in the mid to late 1980s and in early 1990. His official portraits of her, commissioned by the Princess and the Palace, were taken towards the end of her tenure as HRH, before her official separation from the Prince of Wales in 1992.

By the turn of the 1990s, royal photography (or, at least, portraiture of the younger members of the household) was about to enter a new, more informal era – a shift which Diana was very much a leading and compelling proponent of. Pictures of her taken by photographers such as Mario Testino and Patrick Demarchelier in the 1990s favoured a more relaxed and spontaneous feel in contrast to the distancing formality of predecessors including Cecil Beaton and Norman Parkinson. Terence Donovan’s portraits seem to bridge these two worlds – his staged compositions are reminiscent of royal oil paintings and the grandeur of Beaton’s intricate tableaux but communicate a directness of gaze and sense of individuality that would emerge more fully in later years.

The series is also notable for the range of fashion featured, with Diana wearing some of her most well-known ensembles by favourite designers including Catherine Walker and Victor Edelstein. A number of these feature in the current exhibition ‘Diana: Her Fashion Story’ at Kensington Palace and include the pink satin tuxedo-style Catherine Walker gown which was specially commissioned for Donovan’s 1987 portrait of her with the Prince of Wales.

The Archive holds a portfolio of vintage photographs available for purchase, contact prints and transparencies and negatives from four official sittings (in October 1986, June and December 1987 and February 1990). In addition, we have Donovan’s 1986 daybook which records his studio shoot with the princess and includes sketches of the lighting set up, details of cameras and film used, and the names of the make-up artists (Martin Pretorius and Barbara Daly) and hair stylist (Richard Dalton) he worked with.